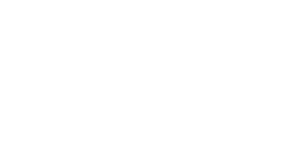 I painted my first wall in our new house this week. It’s black.

Just a small section, not much more than a metre wide and up to the ceiling. I’ve been wanting to make a prayer wall for months, inspired by film the War Room and I finally got round to doing it last weekend. I found some old blackboard paint, got my trusty frog tape and blacked it out, now it’s dry I’ve starting adding some chalk to it.

The painting has been symbolic of my wrestle with prayer and actually living dependent on God.

I’ve wanted to do it for ages but struggled to justify taking the time away from ‘proper’ things on my to-do-list for the sake of what can feel like a vanity project because I enjoy creating stuff around the house. But hand on heart, making this wall is something I’ve been feeling God asking me to do and I haven’t prioritized it, I’ve worked on my laptop facing the same wall instead.

We can often treat prayer like that. At the start of my day when I’ve got space to do some work, I have this dilemma, do I take time to pray and set my eyes on God or do I try and get to my to-do-list which is making me feel overwhelmed. Too often I try and amalgamate the two. I know I should pray, I’m supposed to be leading a church, I’d better pray! But I just bring my to-do-list into that space and ask God to show me what I’m supposed to be doing on each thing and (hopefully!) how He can show me some shortcuts so I can make up the time I just ‘wasted’ by praying.

We’re reading through Luke’s Gospel in the Bible at the moment and I’ve been struck how Jesus isn’t trying to make His disciples good people and strong leaders, He’s trying to make them utterly dependent on Him. This is really counter-cultural for us today, even in church. Sam was talking about this in this week’s Sunday@6pm vlog. Jesus’ own life goal was to only do what He saw the Father doing. And He could only do that by spending time with Father God. By praying.

Praying in many ways is the simplest thing in the world to do, you can do it anywhere, anytime and it can be about anything. So why do we find it so hard to actually do. There are even loads of resources to help us find practical ways to integrate it into our day: There is the Try Praying app as a great introduction, 24-7 Prayer has loads of fab stuff, as well as digital aids and loads of books, I’ve recently finished The Circle Maker by Mark Batterson, which I’d recommend and The Practice of the Presence of God by Brother Lawrence is an absolute classic that’s on my list to go back to.

At it’s heart though, prayer is coming before God, being shaped by Him and His presence. Jesus did a bunch of ordinary things, but extraordinary things happened around Him in 3 short years because as He did these things He was carrying a sopping load of Holy Spirit and people encountered God when they met Him.

My original plan for my prayer wall was to cover it with the names, places and things I’m praying for, which would have been good. But it dawned on me that I was just taking my to-do-list and making it bigger and decorated on the wall. Now I’ve adjusted it. So far I have written God’s invitation to us at the top, ‘Come in and join us’. The invite from the Trinity to come and be with them in prayer, more about this in a previous post. Over time I want to add promises, bits from the Bible, pictures that lift my eyes to look at God and remember who He is. Then at the bottom I’ve got a box and I’m filling it with cards, so far with people’s names on that I’m praying for. (I’ll post some pictures as it takes shape).

I wanted my visual of prayer, which my wall represents, to draw me into God’s presence and see more of Him first and foremost. So my requests are there, they are named and specific, but they are brought to the foot of the wall, submitted to God, because He can do more than we ask or imagine. I’m hoping having something physical like this will help my kids engage and learn to pray too.

If you want to grow in your prayer life and dependency on Jesus, have a flick through the resources above. But don’t look for the ones that look productive, and health warning, what helps me won’t necessarily be what helps you, so go easy on the black paint. Look for the ways that will draw you into God’s presence and help you sit there a bit longer. So that in our everyday, more and more we too are doing what we see the Father doing, because we start to know what He’s up to.

We’d love to hear what helps you prayer too, share in the comments or on social media.